At our last meeting we had four amazing speeches from various parts of the Competent Communicator’s manual.
Christopher Walker kicked things off by doing the President’s Introduction, followed by the introduction of Florian Bay as Toastmaster. Florian expertly explained the schedule for the evening and outlined next steps. Chris then came back on stage to explain his role as the timekeeper.  Lewis Kyriacou then discussed his role as Grammarian.

Bringing everything together with ‘Would You Rather?’

After four amazing speeches, we had a great session of Table Topics led by Jamie Hamer. For those of you who need a quick reminder, Table Topics are impromptu speeches. The purpose of the Table Topics section is to help members think on their feet. Each person speaks on a given subject for between one and two minutes. It also allows speaking opportunities for those who are not programmed for other roles on the Agenda. This evening’s theme was “Would You Rather?” – in which Jamie provided all of those who took part with a question that they needed to respond to off the cuff. 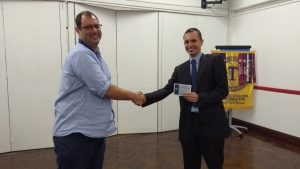 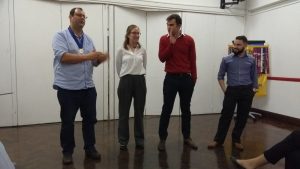 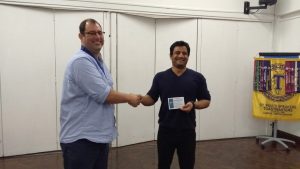 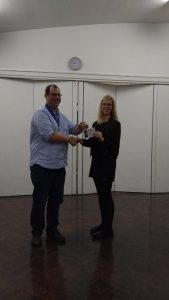 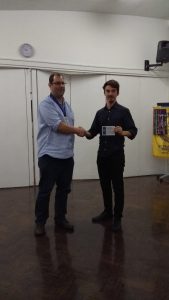 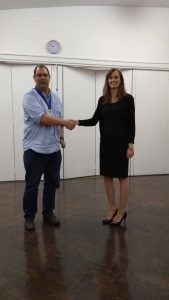